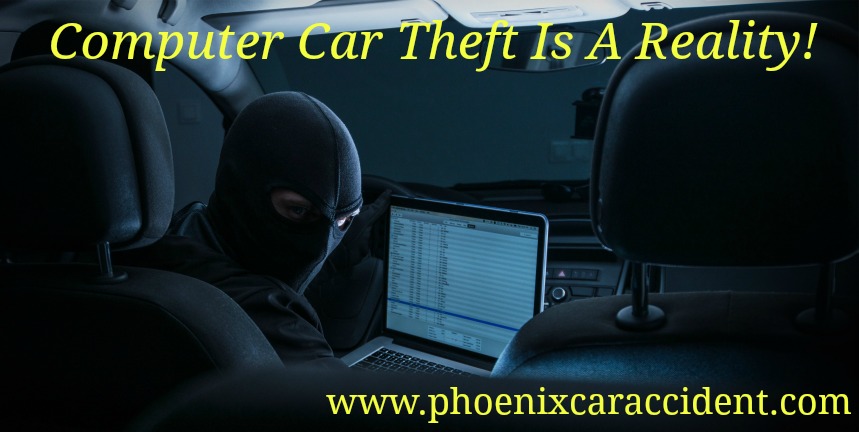 Computer Car Theft Is A Reality

Police and car insurers say thieves are using laptop computers to hack into late-model cars’ electronic ignitions to steal the vehicles, raising alarms about the auto industry’s greater use of computer controls.

The discovery follows a recent incident in Houston in which a pair of car thieves were caught on camera using a laptop to start a 2010 Jeep Wrangler and steal it from the owner’s driveway. Police say the same method may have been used in the theft of four other late-model Wranglers and Cherokees in the city. None of the vehicles has been recovered reported The wall Street Journal

Watch this video a Thief has this vehicle in less than 2 minutes!!

Wow and that was in a protected parking garage with video surveillance…that is just mind blowing. Who is going to report or even pull this thief over he has the car with no visible damage.

Volkswagen Is At It Again

Hey it was bad enough that Volkswagon intentionally put in computer systems to allow their vehicles to pass vehicle exhaust safety checks please realize they have done the same with your security system.

Volkswagen sued researchers for two years to keep them from revealing security vulnerabilities in key-less ignitions; the flaws make the vehicles easier to steal.

The National Insurance Crime Bureau, an insurance-industry group that tracks car thefts across the U.S., said it recently has begun to see police reports that tie thefts of newer-model cars to what it calls “mystery” electronic devices.

“We think it is becoming the new way of stealing cars,” said NICB Vice President Roger Morris. “The public, law enforcement and the manufacturers need to be aware.”

Society is taking technology for granted as it seemingly has infiltrated our everyday life from work to entertainment and let’s not forget car lock systems that are supposed to keep your car safe from burglary and theft.

Now that are homes are connected to the internet, innovators have developed software and hardware for the cars we drive every day. When vehicles connect to the internet, automakers now have computerized amenities built in that make their products more desirable to trendsetting consumers.

But just like any other devices that can communicate with the World Wide Web, linked vehicles bring security issues. As connected cars gradually become more mainstream, it’s important that consumers be aware of the dangers they face from a security breach.

A pair of alleged thieves pulled off a high-tech plot to steal more than 100 Fiat Chrysler vehicles and send them to Mexico from Texas, police said, and the company believes the suspects reprogrammed key fobs with the help of employees at dealerships and repair facilities.

Watch the video below it is unbelievable how fast these computer hackers are.

Here is the sad part:

Amazingly in the 100 cars stolen article it stated “It is unclear how the cars made it across the U.S.-Mexico border.” We should all realize that it is extremely difficult to get past the US border patrol but in this case it seems these two thugs got away with transporting close to 100 cars.

How are computers used in modern motor vehicles?

What are some of the ways an attacker can access vehicle networks and driver data?

Cyber-security Recalls and Consumer Action-How can consumers determine whether their vehicle has been recalled for a vehicle cyber-security issue?

1. Ensure your vehicle software is up to date

Vehicle owners should check the vehicle’s VIN for recalls at least twice per year using this Web link: http://vinrcl.safercar.gov

2. Be careful when making any modifications to vehicle software

3. Maintain awareness and exercise discretion when connecting third-party devices to your vehicle

4. Be aware of who has physical access to your vehicle

So it only makes sense to do everything you can to prevent your car from being stolen by computer hackers.

Do You have Spinal Ligament Injury?

Spinal Ligament Injury Is The Number One Cause Of Pain, Disability & Expense In Healthcare Today. If you or a loved one were injured in a car accident there is a high likelihood that you suffered Spinal Ligament Damage. We seek out this type of underlying injury and document its presence. We then get this information to your Personal Injury Attorney. We do this every day on every auto accident victim.

About Our Team of Professionals

Phoenix Car Accident Dot Com is a consortium of Chiropractors, Medical Doctors and Personal injury Attorneys who manage motor vehicle traumatic injuries and legally represent you the accident victims. These professionals already enjoy an ongoing working relationship with each other to provide you the best healthcare and legal representation. When you or a loved one are involved in a motor vehicle collision this is where you will find everything Medical and Legal.

Get in touch with us!